Karen Pryor’s life work defies labels. As a marine mammal trainer in the 1960s, she was a pioneer in the use of behavioral science to develop the dolphin shows at Sea Life Park. While there, she was the curator and head trainer, and did ground-breaking work on animal behavior and cognition. Her work at Sea Life Park led to the first scientific paper on training creativity in animals. Karen Pryor saw the big picture, and understood how these training techniques could create empathetic and effective communication not just with marine mammals, but with all other animals, and amongst humans. She put those ideas into her book Don’t Shoot the Dog! (published 1984). This became an international bestseller (and continues to be to this day). What was outlined in the book became embraced by animal trainers, and eventually turned into what is now called “clicker training,” which is a positive and humane way to work with animals.

Throughout her life, Karen Pryor has seen problems and looked for doable solutions. As a young mother, she wasn’t satisfied with the advice that she was given about breastfeeding. So she did research, and went on to write Nursing Your Baby, which since 1963 has been continually in print (and revised) and has helped millions of mothers. Her work in the early 1960s as a marine mammal trainer at Sea Life Park was at the beginning of the era of such places. Handed an obtuse scientific manual for how to train, she delved into the science. Unlike many in the behavior sciences world, Karen Pryor looked to other fields, including ethology and neurobiology. She learned directly from such luminaries as B. F. Skinner and Konrad Lorenz, and in doing so revolutionized how animals are trained.

Karen’s skill and creativity as a writer and lecturer has helped to spread her message throughout the world. Her company, Karen Pryor Clicker Training, is a leader in the education of animal trainers, and runs ClickerExpo which has taught thousands how to use positive reinforcement. Animals in captivity are now handled more humanely and dogs are trained without force and pain. Her ground-breaking and insightful work has improved the lives of humans, too. Autistic children are taught without punishment, athletes improve without being yelled at, crews on fishing boats learn tasks quickly and safely, orthopedic surgeons gain skills under calm tutelage, and mothers can feel good about nursing their babies. The list of those affected by Karen Pryor’s work is too numerous to fully include here, and the roster continues to grow. Her influence is seen in the many scientific papers that cite her articles, how far-flung and fully embraced her training methods have become, and how others are carrying out her work and bringing her perspective to diverse communities.

Karen Pryor continues to look at the big picture. She is currently at work on another book.

1999–present : Board Member, The Pryor Foundation

1998–1999 : Consultant on operant training for children on the autism spectrum, New England Center for Autism

1965–2017 : Worldwide consultant and lecturer on animal training and behavior science

1998–2001 : Member, Board of Trustees, Cambridge Center for Behavioral Studies

2009 : Maxwell Award for Best Training and Behavior Book, Dog Writers Association of America, for Reaching the Animal Mind: What Clicker Training Teaches Us about All Animals

1984 : Maxwell Award for Best Training and Behavior Book, Dog Writers Association of America, for Don’t Shoot the Dog! The New Art of Teaching and Training

1984 : National Award for Excellence in the Media, American Psychological Association, for Don’t Shoot the Dog! The New Art of Teaching and Training

Karen Pryor was born on May 14, 1932. Her father was the noted author Philip Gordon Wylie. Her mother Sally Ondeck Wylie was an antiques dealer. Married Taylor A. “Tap” Pryor in 1954 (divorced 1975). Three children: Ted, Michael and Gale. Married Jon Morrow Lindbergh in 1983 (divorced 1997). 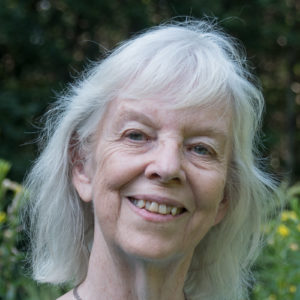 She initially learned about behavior theory as a pioneering dolphin trainer in the 1960s. But early on she had mentors from fields that rarely intersected, such as behaviorist B. F. Skinner and ethologist Konrad Lorenz. Karen has said: “I consider my gifts as a scientist to be the ability to synthesize apparently opposing fields of thought and to apply theory in the real world.”

In the real world, using her perspective, she has brought positive reinforcement (clicker) training to the dog and zoo worlds, gave confidence to hundreds of thousands of breast-feeding women, developed techniques for teaching people with autism, and has changed how surgeons learn their skills which in turn creates less stressful and more error-free operation rooms. The common thread through all of her work is how she effectively reduces gratuitous violence and creates a culture that is productive, yet filled with kindness.

Karen is currently writing a book about her life’s work. At any time of the year, you might also find her ballroom dancing, studying birdlife in the tropics or traveling with one or more of her seven adult grandchildren.